In 1994, the Wayne G. Basler Chair of Excellence for the Integration of the Arts, Rhetoric, and Science was named in honor of an individual who has continuously supported the university over many years. This chair helps to bridge the gap in academia between the sciences, the arts, and the humanities disciplines. Chairholders serve for one semester, or the equivalent, allowing a number of individuals from a variety of fields to participate over time. The primary duties of the chairholder are to teach two courses, typically one undergraduate and one graduate, and to present four public lectures/performances. 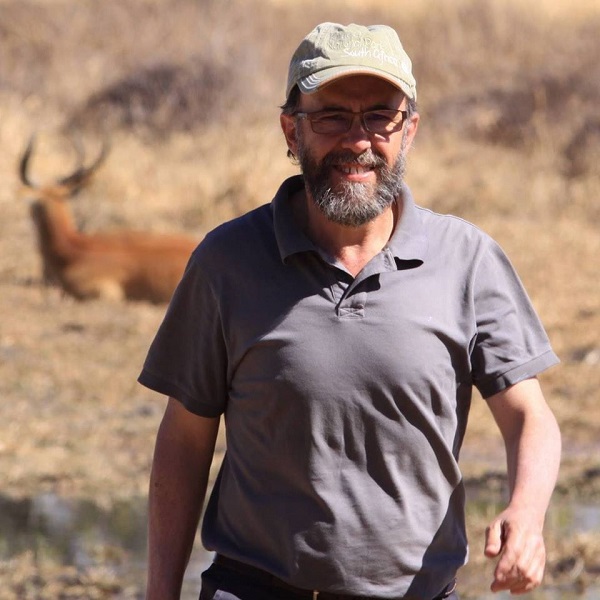 Internationally acclaimed artist and scientist Mauricio Antón is the Spring 2020 Wayne G. Basler Chair of Excellence.  Coming from Madrid, Spain, and growing up in Venezuela, Mauricio is classically trained in fine arts.  Over the past thirty years, he has traveled across much of the globe working as a natural history artist, depicting modern and ancient life through imagery. Today he is world-renowned as a preeminent paleoartist.  He is also known for his scientific research, philosophical approach, conservation efforts, infectious enthusiasm, and humble nature.  With his background and these qualities, Mauricio Antón fully embodies and exemplifies the renaissance spirit of the Basler Chair appointment, bringing together, integrating, and sharing vast knowledge and experiences in the arts, sciences, and humanities at East Tennessee State University. 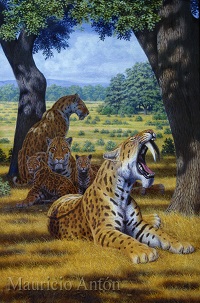 The work of Mauricio Antón stands out among past and present paleoartists.  For examples of his work and to read more about his career, please follow the link below.  His painstaking approach to anatomical accuracy, thorough field observations, and dynamic reconstructions are unparalleled, making him one of the most sought after paleoartists by researchers, museums, and publishers.  Further, his years of research on modern and fossil forms have made him an expert in many areas of paleontology, particularly large cats, early humans, and other mammals.  In this realm he is well published, with over 30 peer-reviewed scientific publications. Further, he is first author or co-author on numerous books, has illustrations in a plethora of scientific articles and popular magazines (e.g., National Geographic), produced and participated in scientific films and documentaries, developed exhibits for major natural history museums (including the American Museum of Natural History and Smithsonian), won awards for his books, and often gives invited lectures on his work at conferences, museums, and universities. 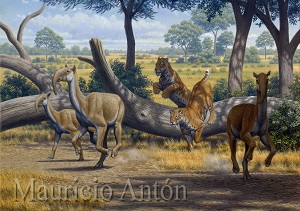 During Mauricio’s time at ETSU he will give four public presentations and is teaching two classes on paleoart.  In addition, he serves as an artist in residence at the ETSU Museum of Natural History at the Gray Fossil Site.  There he works on paleoart projects with researchers in a location visible to the public.  This living exhibit will attract more visitors, and hopefully inspire new generations of artists and scientists from our region and beyond.

Nominations are solicited from faculty during the spring semester; notification is distributed to the faculty in the College of Arts and Sciences via e-mail. A nomination should consist of a letter of nomination and the nominee's CV. The letter should justify the choice, with emphasis on how the individual would contribute to the interdisciplinary nature of the position, and should address his/her public speaking and ability to interact with students. It will be assumed that the nominator has consulted with the individual and determined that he/she would be interested in the position, should it be offered.