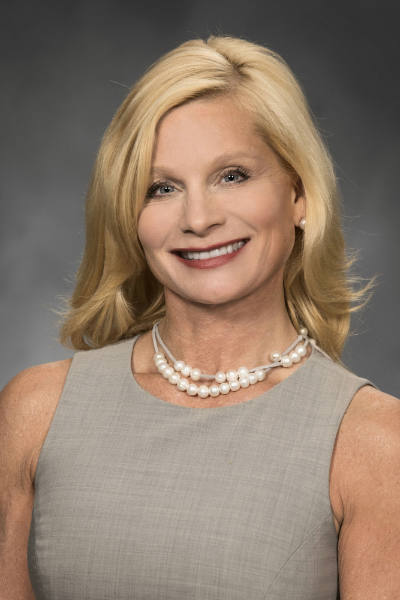 Janet Ayers serves as president of the Ayers Foundation, which focuses on increasing education opportunities for students in Tennessee. Mrs. Ayers is a recognized business leader and philanthropist with over twenty years of experience in health care administration. She is active on a number of boards and previously served on the Tennessee State Board of Education and as a commissioner of the Tennessee Health Facilities Commission. She is a graduate of East Tennessee State University with a bachelor’s degree in health care administration. 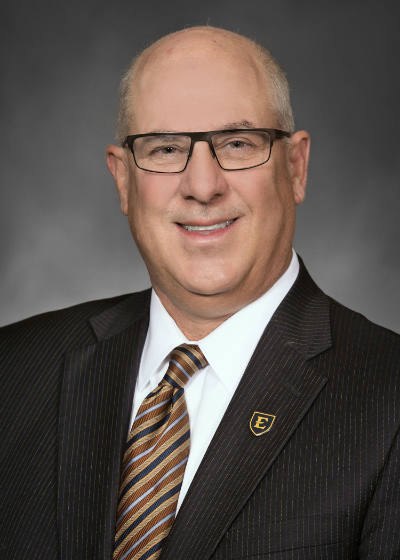 Steven DeCarlo is chief executive officer of AmWINS Group, Inc., a global specialty insurance distributor. Mr. DeCarlo serves on a number of boards in the financial services and insurance industry and has also been a supporting member of the East Tennessee State University Foundation. A resident of Charlotte, North Carolina, Mr. DeCarlo holds a bachelor’s degree in accounting from East Tennessee State University. 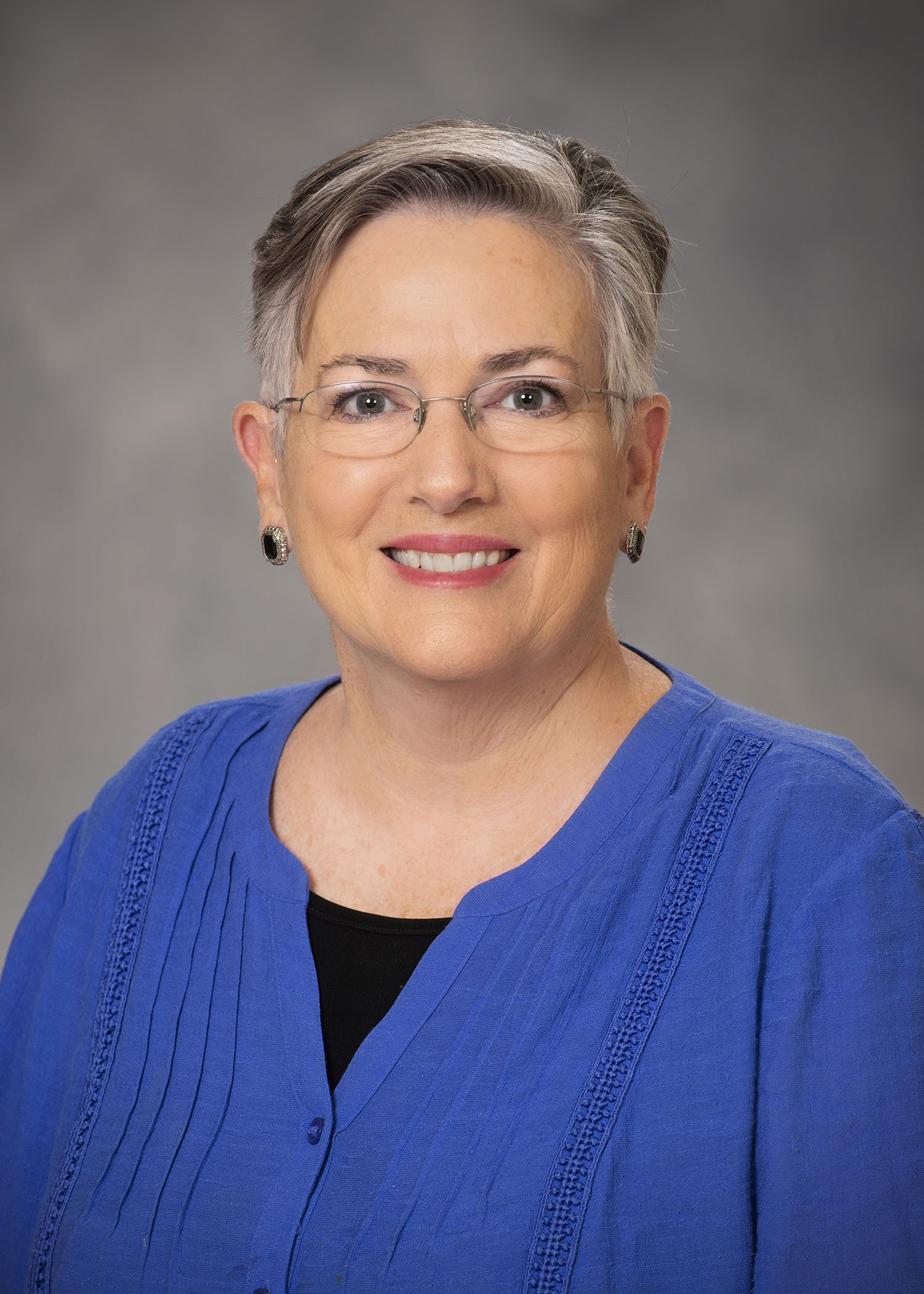 Dr. Virginia Foley is a Professor in Educational Leadership and Policy Analysis. She came to East Tennessee State University after retiring from public education in Georgia. She has an Ed.D. in Educational Administration from the University of Alabama and an Ed.S. in Guidance and Counseling from the State University of West Georgia. She is the Program Coordinator for the Administrative Endorsement Program and served as Faculty Senate President during the 2014-2016 academic years. 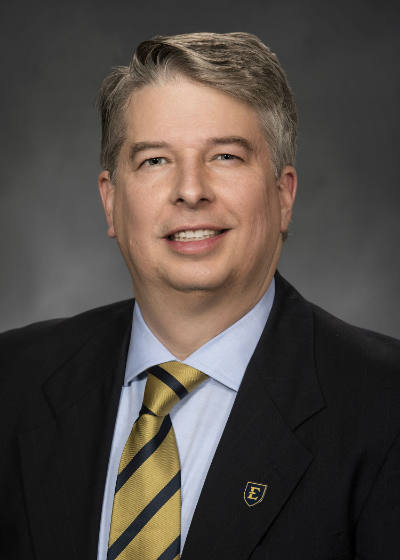 David A. Golden recently retired from his position as senior vice president, chief legal and sustainability officer, and corporate secretary for Eastman Chemical Company. After working as an attorney in Atlanta, he joined Eastman in 1995. He has a history of service to the Kingsport area and has served on the advisory council for Western Governors University. He holds a bachelor’s in accounting as well as a J.D. from Brigham Young University and completed the Advanced Management Program at Harvard Business School in 2012. 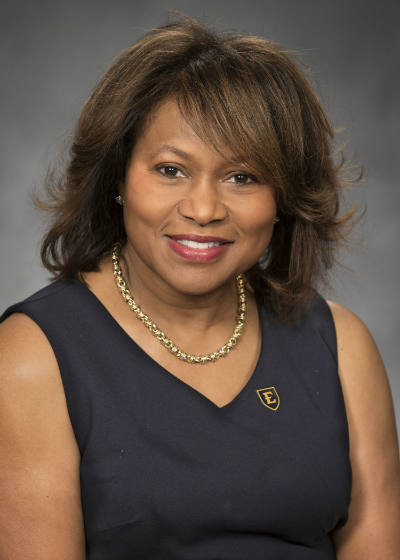 Dorothy Grisham owns and operates an Allstate Insurance agency in Chattanooga. An active citizen, Ms. Grisham has been locally involved with the Boy Scouts of America, the Chattanooga Urban League, and the Hamilton County Foster Care Review Board. She holds a bachelor’s degree in social welfare from East Tennessee State University. 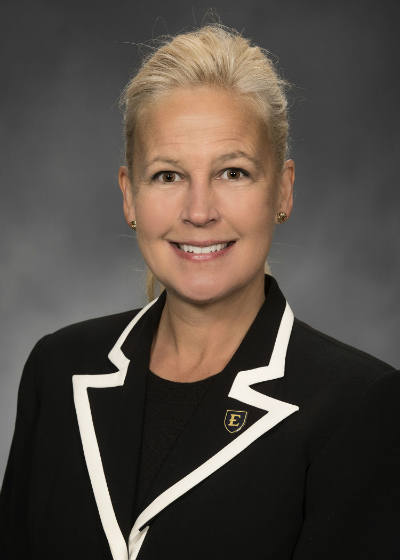 Dr. Linda Latimer holds active medical licenses in both Tennessee and Virginia and is a College of American Pathologists Fellow as well as an American Society of Clinical Pathologists Fellow. A board-certified anatomic and clinical pathologist, Latimer received her medical degree from ETSU’s Quillen College of Medicine and also completed her pathology residency through ETSU. She earned her bachelor’s degree in health administration from the Medical University of South Carolina. She has held various positions throughout her career, including serving as the medical director of Cytopathology Laboratory in Johnson City and the medical director of the laboratory at Takoma Regional Hospital in Greeneville. She has also served as a clinical assistant professor in the Quillen College of Medicine. Latimer has served on many committees at hospitals including the Johnson City Medical Center and Takoma Regional Hospital. She also previously served on the Mountain States Health Alliance Foundation Board. 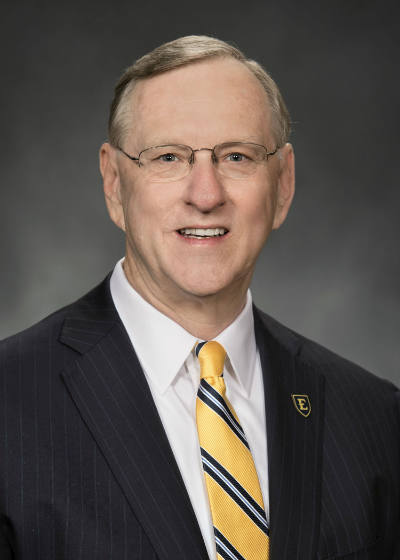 Scott Niswonger is the chairman and founder of the Niswonger Educational Foundation which he established in 2001 to create opportunities for individual and regional growth through educational programs, scholarships, and other charitable activities.  Mr. Niswonger founded two transportation companies in Greene County and continues to serve as executive chairman of Landair Transport, Inc. and chairman emeritus of Forward Air Corporation. He earned a bachelor’s degree from Tusculum College, Doctorate of Technology from Purdue University, and was honored with a Doctorate of Human Letters. 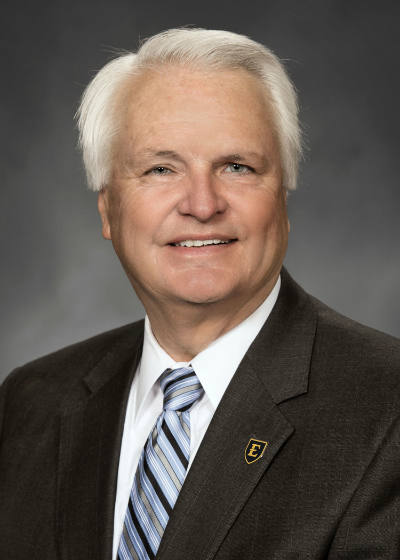 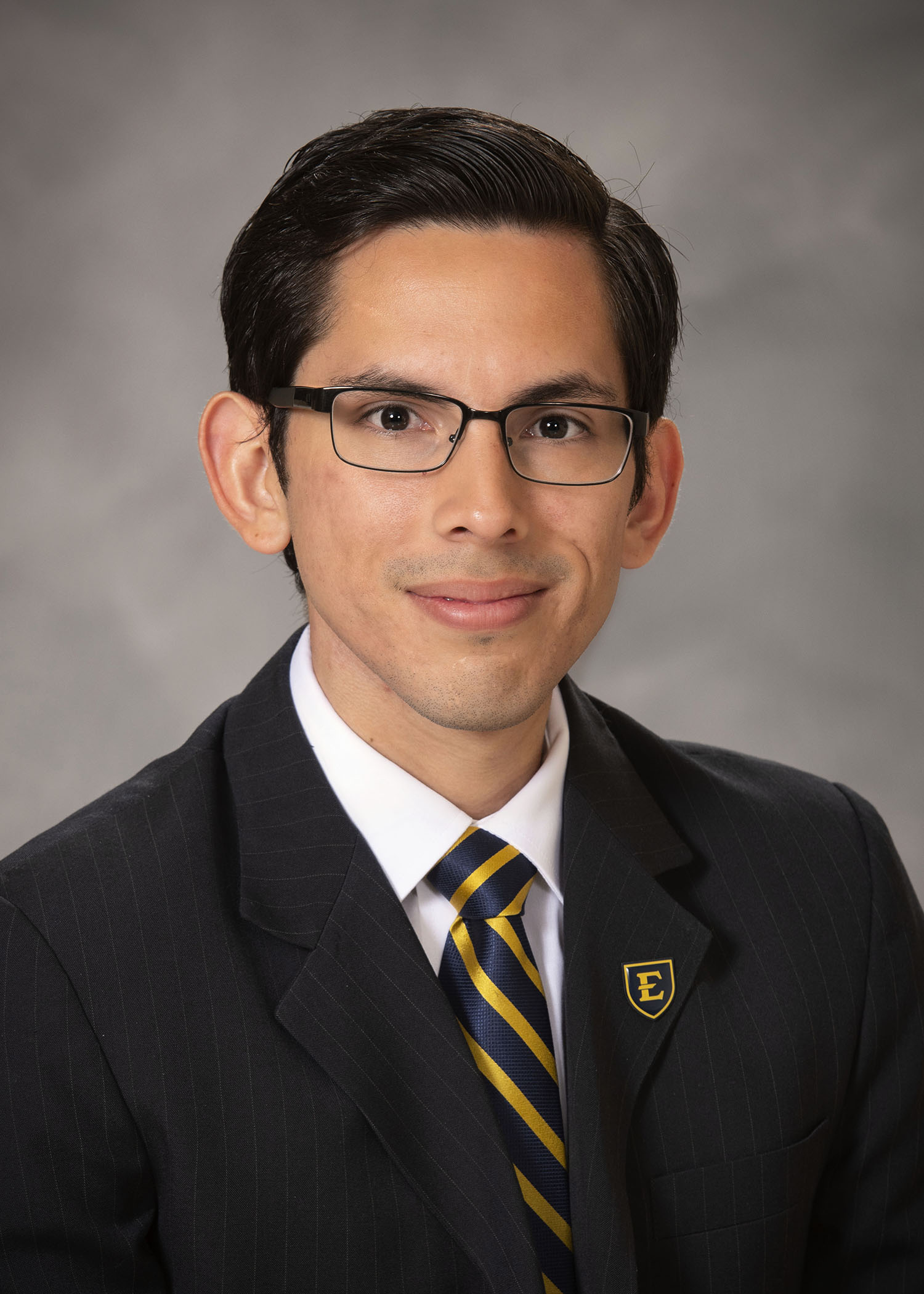 Cristopher Santana is originally from Guayaquil, Ecuador and has already completed two degrees at East Tennessee State University. In May 2018, Mr. Santana earned a BBA in Economics and a BBA in Finance. Currently, he is in his second year of pursuing his Master's Degree in Business Administration. He also served as Secretary of Allocations for ETSU's SGA during his first year as an MBA student. 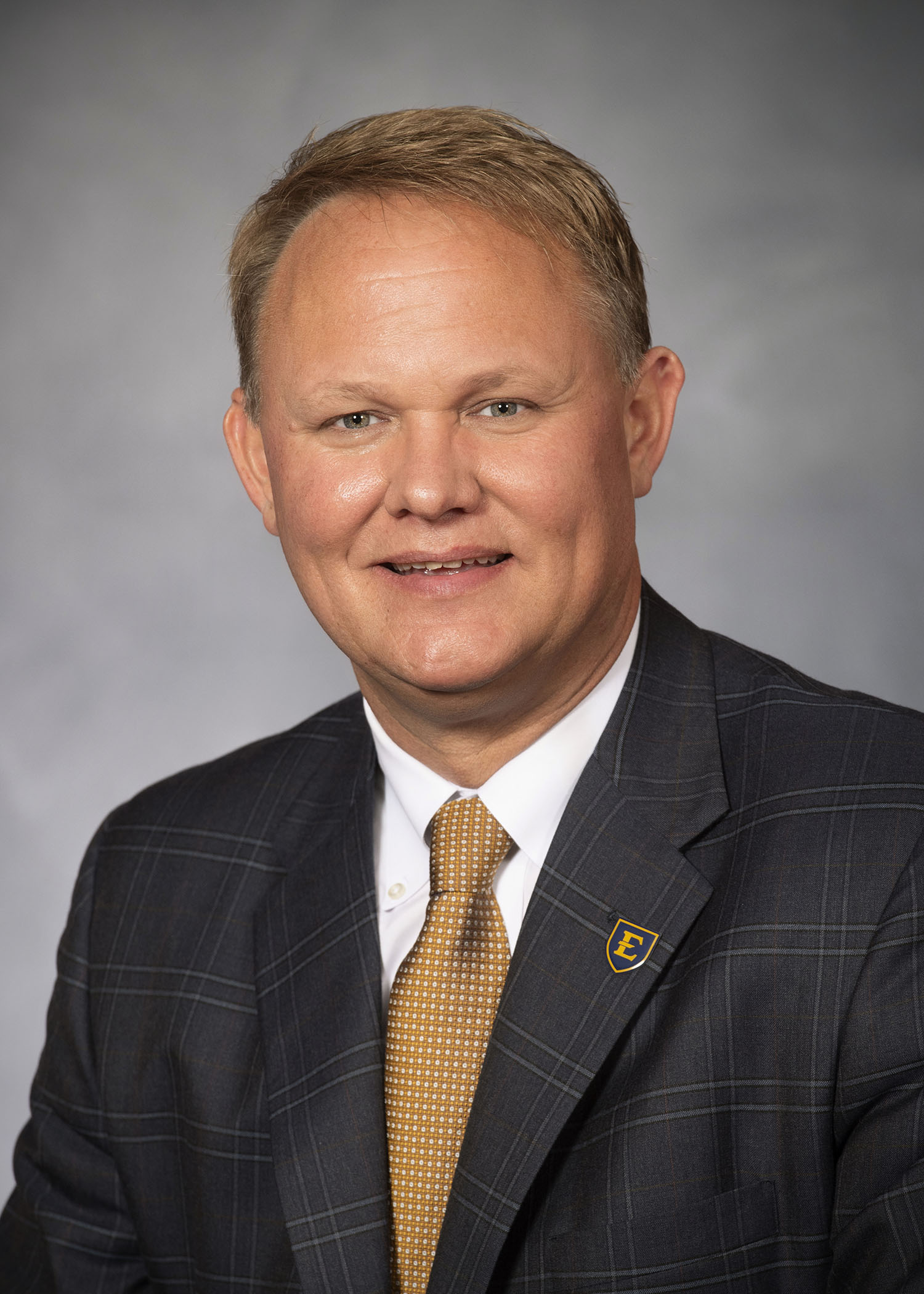 Kelly Wolfe founded his company, Wolfe Development, in 1994 and is a highly respected businessman and developer in the East Tennessee Region. Mr. Wolfe served for nearly 10 years as Mayor of Jonesborough, during which time the town built a new $5.5 million wastewater treatment plant and a state-of-the-art senior center. Other highlights of his five-term tenure include the establishment of the McKinney Center for the Arts, the Chuckey Depot Railroad Museum, and the Boone Street Farmer's Market. In addition to the ETSU Board of Trustees, Mr. Wolfe was also appointed by Governor Bill Lee to serve the Tennessee Historical Commission. He and his wife, Jennifer, are the parents of two daughters, Audrey, who is a student at Centre College, and Emma, who attends Providence Academy.